Why Is My Intelligent and Hardworking Child Struggling in School?

How to Break Procrastination Habits!

Procrastination: The Good, the Bad, and the Reality 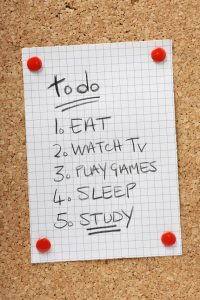 “I don’t get it. I can get more done in half an hour than my daughter can in three hours! Is she lazy or just unfocused?”

“Every time she has a test coming up, Emily doesn’t study until the very last minute. She stays up all night and can barely get out of bed the next day. I’mm worried this is becoming a habit that she won’t be able to break out of…”

Do any of these scenarios sound familiar?

Procrastination is something many of us would rather not talk about, let alone admit to doing (especially to our kids!). However, it’s something we all experience. Learning more about why it happens and how we can encourage our kids to develop strategies to counteract it are lifelong skills that can impact academic work and beyond.

Procrastination can be defined as the avoidance of attempting a task. It can encompass everything from not starting to not finishing – and everything in between! Timothy Pychyl of Carleton University in Canada, frames it as “prioritizing short-term mood regulation over long-term goals.”

In essence, procrastination presents a tug-of-war in our brains between emotion and logic. The limbic system, the “react and feel” part of our brains, fights with the prefrontal cortex, “logic” part that involves focus, organizing, and impulse control. The short-term emotional payoff of putting off a task feels much better than the satisfaction of completed work. Over time as we repeat behaviors that delay work, procrastination becomes an ingrained habit.

Considering this information, it’s clear how challenging overcoming procrastination is for our kids. Their logical brains are trying to develop amidst this swirl of internal battles! Add in the pull to avoid anxiety and other unpleasant emotions, and you can see how procrastination can become an easy trap to fall into.

Identifying the Causes of Procrastination

A pervasive myth is that only “lazy people” procrastinate. Unfortunately, this belief over-simplifies the problem and keeps us from digging deeper to get to the underlying cause. You may be surprised at the number of reasons your child may procrastinate – and that many of them are because they care too much!

In sum, procrastination has a lot to do with feelings – sustaining good or neutral ones and avoiding negative ones. Understanding this helps us more effectively strategize with our children, which in turn gives them control over their emotions and work. More on that in part two! 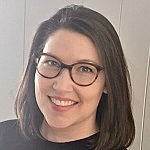 Sarah graduated from Marquette University with a bachelor’s degree in education and sociology, and she’s completed coursework in childhood literacy and museum studies. After nine years as a fifth grade teacher in Wauwatosa, Portland, and Chicago, Sarah initially joined NW as a tutor. Learn more about her below!

A tip I’d give to a student to make the most of tutoring would be… that you get out of it what you put into it. If you put in time and energy, and bring a positive attitude, you’ll achieve so much!

I loved Marquette University because… it put me on the path to teaching, introduced me to amazing, life-long friends, and made me fall in love with Milwaukee.

On a day off, you’ll find me… taking a long walk to a coffee shop, chatting with friends, or going on a bike ride and cooking while listening to my latest podcast obsession.

What sets Nurturing Wisdom apart is… that everyone on the team is a life-long learner at heart, and that we care about the whole student. Everyone is dedicated to getting to know families in order to find a great fit for students and tutors. 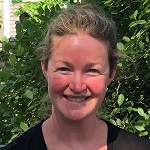 Shannon has a degree in marketing from Creighton University. After working in the business world for over five years, she decided to go back to school to get her master’s degree in elementary education from Quincy University. Learn more about her below!

My favorite book is… The Sun Also Rises by Ernest Hemingway. This is an amazing book that made me want to travel and see more of the world.

My favorite subject in school was… history because I loved learning more about the world and how the past helped shape who we are today.

On a day off you’ll find me… hanging out with family and friends. In the summer, usually doing something fun outside.

Fill out my online form.